Bliaut sleeves also drew attention; they were tight from shoulder to elbow, then flared out into enormous cuffs long enough to drag on the ground. Sleeves were knotted to shorten them and to make them more manageable. Impact abroad A formidable woman, Eleanor accompanied her husband in 1147 on the Second Crusade (1145–1149), traveling to Constantinople (modern Istanbul) and Jerusalem. She took chests of the finest clothing with her so she might appear as a sophisticated Provençal queen instead of a Frankish rustic. She cut a dashing figure. 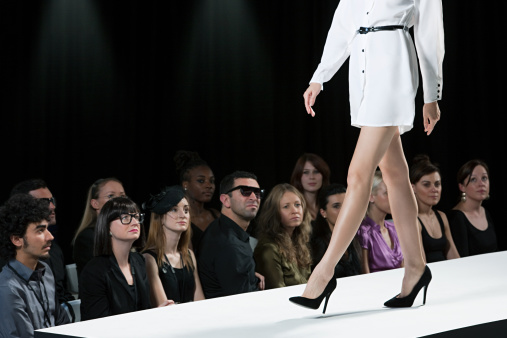 The Greek chronicler Niketas Choniates noted Eleanor’s ride into Byzantium: “…even women traveled in the ranks of the crusaders, boldly sitting astride in their saddles as men do…At the head of these was one in particular, richly dressed, who because of the gold embroidery on the hem of her dress, was nicknamed Chrysopous [Golden Foot].” Eleanor was granted an annulment of her marriage to Louis in 1152 and went on to marry Henry of Anjou as a love match. In 1154 he became King of England.

As in Paris, Eleanor began to turn primitive England into an illustrious court, introducing art, makeup, romance, and poetry under the influence of her glamorous personality. Wherever she went, Eleanor challenged tradition, developing the style and sophistication, romance, and chivalry for which the medieval period became famous.