Who Says Anime As a Wedding Theme is Outlandish?: We Beg to Disagree

Anime-themed weddings seem outlandish for some, yet it’s the perfect concept for couples whose deep love for anime blossomed into a deep love for each other. It’s an expression of both partner’s appreciation for having found the man or woman of one’s dreams in real-life existence. 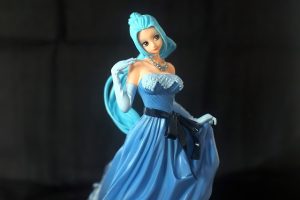 All because of their mutual love for anime and the different genre of stories it represents.
As long as anime stories live on, in manga comic books and TV shows, anime-devoted couples will never run out of entertainment topics to discuss. The future is bright as they already envision celebrating important milestones in their life as married couple, using new and traditional anime designs as themes.
In Indonesia, anime is probably the perfect wedding theme for nearly half of the nation’s population. This could still be an understatement, since nonton anime id can be streamed or downloaded from anime-friendly platforms that offer a host of anime TV series free of charge.

Steps to Take When Arranging an Anime-Themed Wedding

The first step of course is deciding on the anime series deemed as the best fit for the couple’s wedding. This is important since all other design elements of the wedding depends on the title selected.
Themes for anime weddings vary from couple to couple as there are different reasons why a particular show or series was chosen. It could be based on the anime convention that brought them together, as their fateful meeting would not have happened if they didn’t attend the same affair.
Some other couples met each other through an anime community forum. Here they found each other by voicing out similar thoughts and outlook not only on anime episodes but also in real life.
Another common interest that bring anime fans together is their passion for writing manga stories or in drawing cute but impressively unique anime characters. 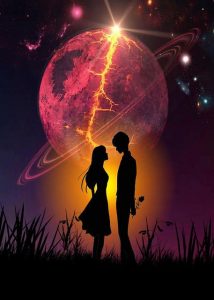 Once the anime story or show has been selected, the the design of the wedding venue, the invitations, the bridal color motif, the type of Japanese food to be catered, the flower arrangements and messages, will all be based on the chosen anime. The concept usually follows inspiring stories or memorable scenes about romantic love, family values, or love for one’s country, particularly for its natural resources.

To those who are not familiar with the anime concept, know that the theme is basically of Japanese origin.

A Kawaii anime wedding capitalizes on the cuteness of the images portraying the lead characters of the anime. The most common examples are Hello Kitty, My Neighbors Totoro. Gizmo or Zelda. Many use the Kwaii concept as a theme because the design possibilities can be endless.

Despite the hardships experienced by the Japanese people under the Imperial regime in the past, Naruto Uzumaki brought back the concept of hope. Reading his manga and later the anime episodes somehow strengthened the collective spirit of the Japanese people. 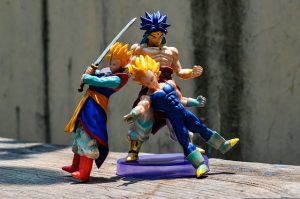 7While Dragon Ball Z may be the soon-to-be groom’s favorite anime, the future bride has no trouble agreeing to use it as anime theme. After all, she can be Chichi to Son Goku, and they will one day raise their own little Gohan. Besides, Dragon Ball Z is touted as the most influential anime ever created to which bridal couples can use their imagination in using the Dragon Ball elements as designs for their wedding.

One Piece’s popularity as a wedding theme is mainly for its nautical theme, as Monkey D. Luffy can be used to create a cute pirate-themed adventure. Actually, the focus on romantic episodes made One Piece fans less enthusiastic about watching the 2017 – 2018 episodes. Still, One Piece is quite popular because it’s an anime that every wedding guest will welcome as a motif and symbol of a couple’s union.